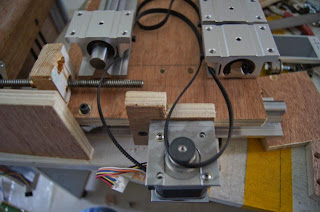 And here we go, the final axis, the Y-axis gantry.

Originally, the plan was to use MXL series belt + pulleys. However, it turns out i was short on the belt. At a later stage, i changed this to HTD3 as i have some spares.

Again for the rails, I utilized the iphone leveling app. Sounds amateurish, but unfortunately, there is no reference point on this machine that can be used as a stable known reference flat level (and this is probably the most convenient way i know of to do this, i wonder what other methods can i use?)

A previous model NEMA17 motor holder was used in this axis as it is determined that optimal belt feeding can be achieved from the side of the gantry platform.

The Y-axis platform, again free hand jigsaw cut. 2 sets of rollers to double back the belts. The holes for the guide blocks are also almost a free handed placement. 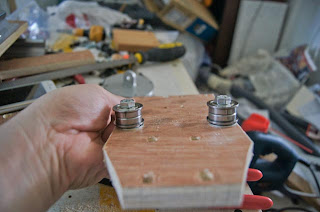 As i worked more and more on these, the build pace became faster. But then again, it will be really great to have some nice machinery to do really nice wood cuts, as you can see the "platform" is slightly curved on 1 side (hahahaha).

Yes, it is another 1 of those IKEA belt clamps (no of course IKEA does not make stepper motor belt clamps! these are originally cabinet wall load retainers!) 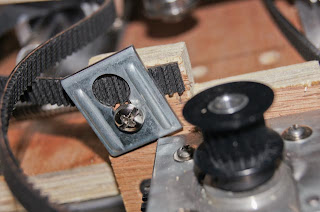 A bit of a tight squeeze there, but i will rearrange it later on. 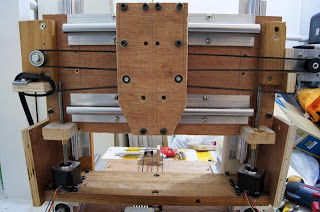 And there we have it. 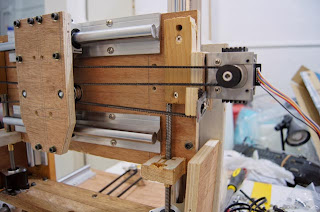 Quite an odd contraption i must say.


Let the bearings roll ! The slight twisting of the belt when it changes direction suggests that the belt tension requires some tweaking.


Combined "symphony" ... it is really quite noisy, there is a tremendous amount of vibration coming from all the steppers which are not quite operating in the same frequency to any other. The vibration also rattles the lousy temporary work bench and all the bolts, nuts, drivers, etc. The coil of belt on the left is the un-trimmed left over.

Next up, limit switches, the milling work area platform and clearing up some odds and ends. The milling surface will be a new piece of MDF board, no way i will use a warpy piece, but then again, i can bolt on a warpy piece and mill out the entire surface.

*edit* oh no, 1st of May is public holiday here, looks like i will have no chance to grab the MDF boards for the "milling zone".

*edit* this is the month of march 2014, due to some medical emergencies at home, i never got to finish this PCB mill machine, yes its a long break. maybe this year i will have a chance to do some more work on it. 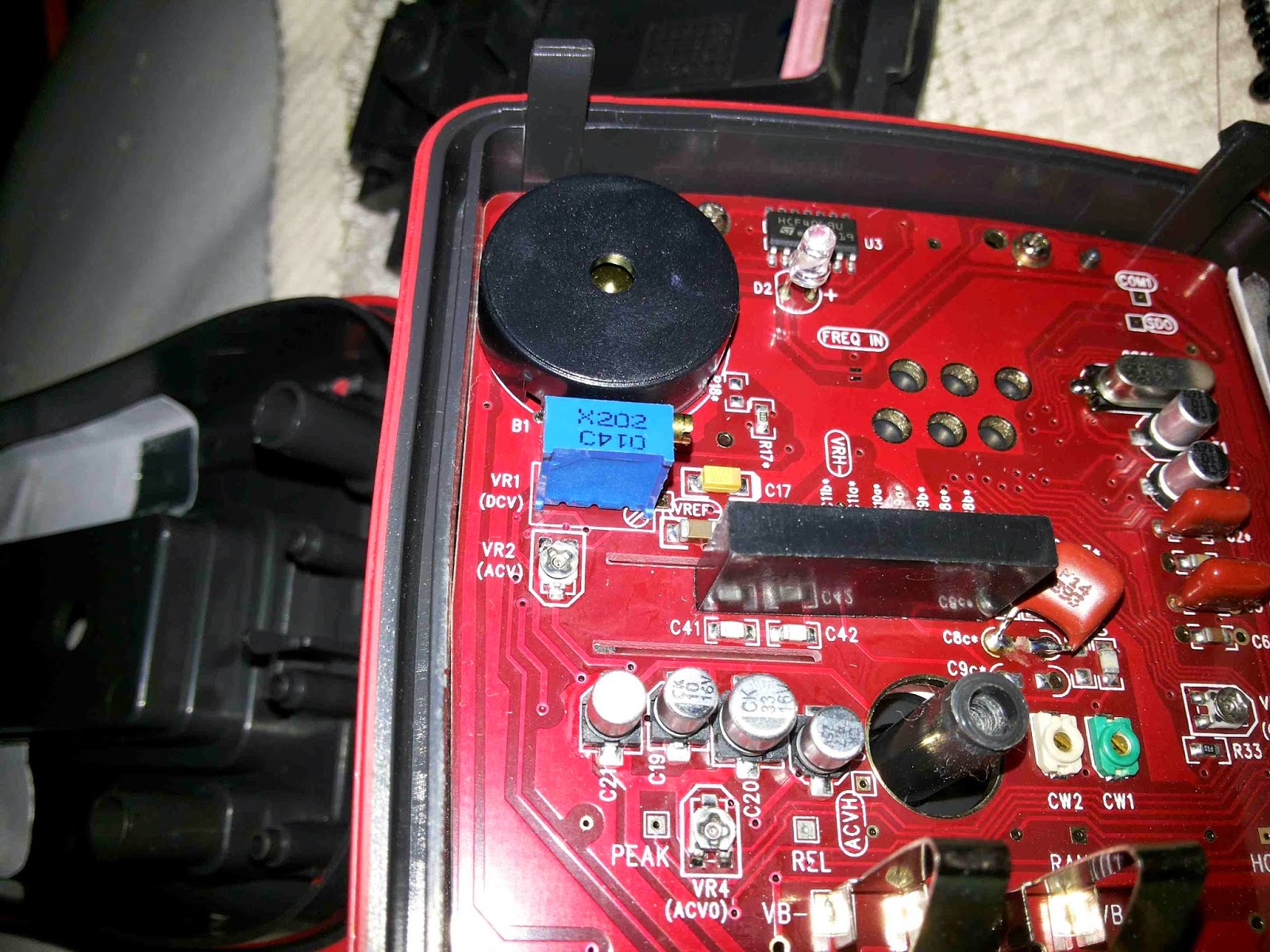